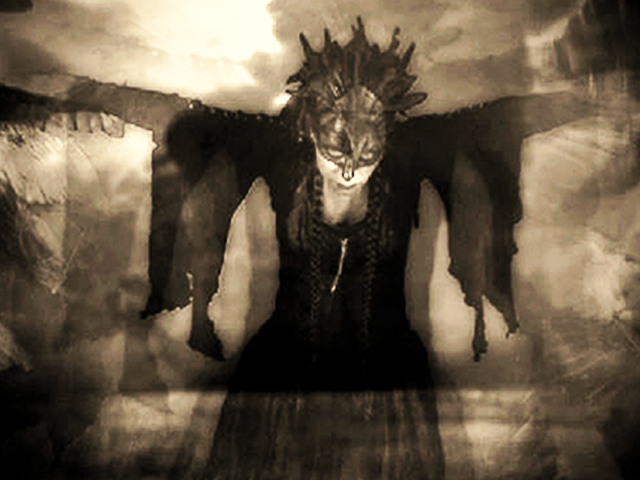 Mainstream (commercial) movies & most independent films feature characters as role models for the audience to look up to and identify with.

This identification hypnosis induces a trance of self-forgetfulness so we may temporarily escape ourselves and live vicariously through an imaginary character somebody else created. Sometimes we want or even need this kind of escape until we're ready to break that trance and wake up to ourselves. Another regretful aspect of commercially-driven cinema is this moral tendency to infuse plots and stories with ideals to live by, as if we are not intelligent enough to find our own way. These mainstream industry values represent a misguided use of the power of cinema as a wet nurse to coddle the audience, rather than a clarion wake-up call to the lives we are actually living - not the life we think we should be living if only this, that, or the other were different.

I can now better understand why I became bored with most movies,

an annoyance that pushed me to reinvent cinema in my own eyes through the underground features I started making twenty years ago with a camcorder. Since then, I replaced these populist film trends with new values that I could live with, and even live for, that honored viewer intelligence, integrity, and autonomy. I don't want to paint any perfect world or vision for others to live by; I find the innate messiness of real life infinitely more interesting. The characters in my films are flawed enough to inhibit the reflex to mistake them for role models. If and when there's identification, it's usually not instantaneous or automatic but earned by accepting your own flaws. I aim to make films that bounce audience attention back onto themselves, the movie in their head, and the life they are living through the force of their own thoughts and feelings about what they experience. I wish to amplify viewer experience of their own energy — so you walk away from the cinema feeling more of yourself than before. Though I don't always succeed in this endeavor, it remains a guiding principle nonetheless.

I want to serve a Cinema of Otherness

— where viewers can witness worlds beyond their own, characters beyond themselves, stories that trigger new ways of seeing their own stories through the stories of others. I know these underground values won't help me win any popularity contests or assure widespread theatrical release of my work; popularity was never an ambition of mine in High School either. I am more interested in the quality of attention viewers bring to my screenings than any sheer volume of seats filled and ducats acquired. The invaluable post-screening Q&A sessions continue enlightening me to the collective pulse of what people expected, what they saw and felt.

My films are not for everybody and I don't expect them to be.

Since all my stories are developed with parallel narrative and symbolic levels, my films also tend to require repeat viewings just to get the picture I'm sending and what may have been meant by it. My films are labors of love. I work to reward those with patience and an inquiring mind with new ways of seeing and a discovery of how cinema can act on us beyond the passive hypnosis of consumerist entertainment. It's an ongoing process with me, one that seems to know no end, and why I will probably continue making my underground films for as long as all six senses allow and, for as long as the Muses find me appealing.