Conscious Sleep as a Training for Death 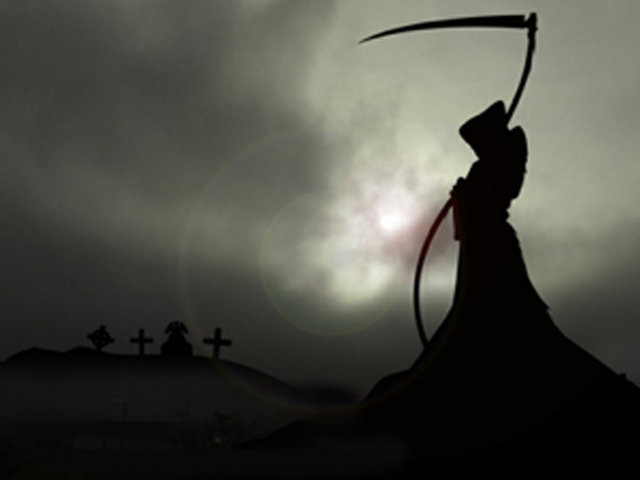 In my article entitled, Descent Into The Underworld, I discussed the similarities between Conscious Sleep and the timeless myth called The Hero's Descent. We find this theme in virtually every known culture of the world, from the caves of the Himalayas to the jungles of Africa to the plains of the Western Americas. Briefly, the Hero's Descent involves a dramatic encounter with the Hero's own fears, bringing them into sharp focus, with the probability of his own demise being the worst of the Hero's terrors.

The most perennial example of The Hero's Descent belongs to the Shamanic traditions of the world, and this includes the famous Bardo Thodol (Tibetan Book of the Dead). Death and rebirth rituals of Shamanic cultures are practiced to this very day, and typically involve a "vision-quest" or "soul-retrieval" experience. These can be quite profound — traumatic even — and are produced in a number of different ways. I'd like to talk a little about what soul-retrieval is and why it's performed. Readers interested in a thorough discussion on how to begin this training are encouraged to visit my website (link provided below).

If you think of soul-retrieval as a magical-minded expression of the Individuation Process, then you're on the right track. Created by psychologist, Carl Gustav Jung, the Individuation Process involves uniting the Conscious and Unconscious regions of a person's psyche. It's assumed that a large percentage of what's called "mental illness" can be healed by becoming, as it were, a whole person. You see, most of us live in a small portion of our total selves (small "I"). Consequently, we become imprisoned within the walls of our own minds and the rest of what makes us individuals becomes split off from the total Self (big "I"). The result of this psychic divorce is neurosis, existential meaninglessness, anxiety, and a nagging sense that something's missing.

Soul-retrieval is a quest, the aim of which is to reclaim those alienated parts of the psyche...

The result of this is holistic integration of the little "I" with the big "I" is a more balanced, sane, healthy, courageous, insightful, and relaxed person. But the road is long and the obstacles are great. Those exiled elements of the Self are coveted and guarded by fearsome dragons of the Pit, and to win the day the Fool must become a Knight. Only, the Fool doesn't become a Knight first and then slay the Dragons; rather, the Fool becomes Knighted in the very act of facing his fears as a Fool!

That last part is very important to understand, because if you wait until you're brave enough to make The Descent, you'll never do it.

In my aforementioned article, I highlighted the connection between The Hero's Descent and the plight of the Oneironaut (Lucid Dreamer). Sadly, many Lucid Dreamers never encounter the death/rebirth process in their nightly jaunts because their training plateaus at the "psychic video game" phase. Consequently, many Oneironauts only superficially engage the spiritual facets of Conscious Sleep. For this and other reasons, I've coined the term "Veiler" to distinguish between those people who are aiming higher and those who are just having fun.

I've also created a system, called Subliminal Cognition Training (SCT), the goal of which is the attainment of continuity of consciousness throughout the three broad states of Waking, Dreaming, and deep Dreamless Sleep. One of the primary elements of this system involves The Hero's Descent and an encounter with egoic annihilation.

But the truth is that we go through this mini-death every night, only we're not present when it happens. We're drooling on our pillows. That said, you'll logically ask, "Why would anyone want to experience self-annihilation?!" The answer to this question is a little complicated, but the skinny answer is that it frees you from your restricted identity with only one expression of your total consciousness, namely that of the Waking state, so that you're now free to explore the hidden treasures of consciousness and, frankly speaking, to hear what the rest of you has to say.

Perhaps a few examples will clarify the importance of this aspect of Conscious Sleep:

Have you ever been addicted to anything? Well, I was! I smoked cigarettes for twelve years, beginning at the tender age of twelve and quitting at age twenty-four. It wasn't easy! I tried everything: the nicotine patch, the pills that make cigarettes taste bad, cigarettes that gradually decrease nicotine content until you've "weaned" off them entirely.

Eventually, the only thing that did the trick was quitting, as they say, "cold-turkey", and clawing my way through the withdrawals. One thing I discovered was that my craving completely vanished whenever I was asleep and Lucid Dreaming. This may sound like an anticlimax, but the effect it had upon me was profound. I noticed that, even though I was fully conscious in my dreams, I had absolutely no desire to smoke cigarettes!

Well, the only conclusion I could draw was that I was either tapping into a part of my nervous-system that was beyond the reach of addiction, or I was accessing a different "body" entirely. Whichever it was, one thing was certain: I was experiencing a world and a life in which I was freed from addiction.

I also utilized this unique function of Conscious Sleep when I had a terrible toothache. I noticed that the pain completely vanished when I entered Pellucid and Lucid Dreaming. At one point, I was at a dentist appointment and met a soldier in the Marines. She was a woman of about thirty years and had just managed to undergo root canal surgery without anesthesia. I asked her how she accomplished such a feat and she said, "I put myself into an in-between state of sleep and awake. I know the pain is there, but it's somewhere on the fringe of my awareness."

Five years later, I accomplished the same thing when I had my wisdom teeth removed.

So, what does all this have to do with the proverbial descent into the Underworld of the psyche?

I can think of no better answer to this question than this saying of a famous Zen master:

"You suffer because 99.9% of your problems are about yourself, and there isn't one."

The above quote is not saying that you don't exist. Rather, it's saying that there's more to you than the self you so desperately cling to. And to truly encounter these deeper fathoms of your consciousness you must loosen that chronic grip you have on your soul. Subliminal Cognition Training, and other systems of Conscious Sleep are designed to teach you how to do just that.

The fundamental skill to learn during this training is surrender of your need for control. Anyone who's ever ingested a powerful psychedelic will attest to this basic tenet, and Conscious Sleep is a psychedelic experience. Besides the actual transition from Awake to Asleep, there's a specific point during the sleep-cycle when you die as a conscious being. I call this threshold, The Veil, and it truly is an experience of annihilation on all levels of being and knowing. In fact, it feels as if the entire universe is being swallowed up in an eternal grave. But if you can persevere past this point you'll discover that, far from being the end of the world, you've just encountered the beginning of a new one.

And isn't that what life is all about?